Soft grunge or Pastel Grunge is a re-working of the original early 90s grunge movement with the addition of soft gothic and cute kawaii influences. Intentionaly soft grunge styles started to become popular in 2010, gaining traction with the help of social media.

And while the underlying sense of poetic sadness and isolation of early 90s grunge has carried over to millennial soft grunge chicks (the dominating sex of this subculture), there is a bit of irony in the relationship between the two.

Grunge was never about being pretty or being liked. It was about finding solace in one’s loneliness through the words and riffs from “anti-rock star” bands like Nirvana, Smashing Pumpkins, Soundgarden, and Pearl Jam. So considering that 90s grunge was more of a masculine world (very different from the riot grrrl movement that was also at a height during that period), the girls who loved grunge were about maintaining that sense of edge and rebelliousness in the least pretentious clothing as possible. Oversized jumpers were typically worn around the waist or a baby doll dress from the thrift store. The concept of grunge was very hippie-esque in the sense it was about using fashion to show your view of the world and not about presenting perfection. 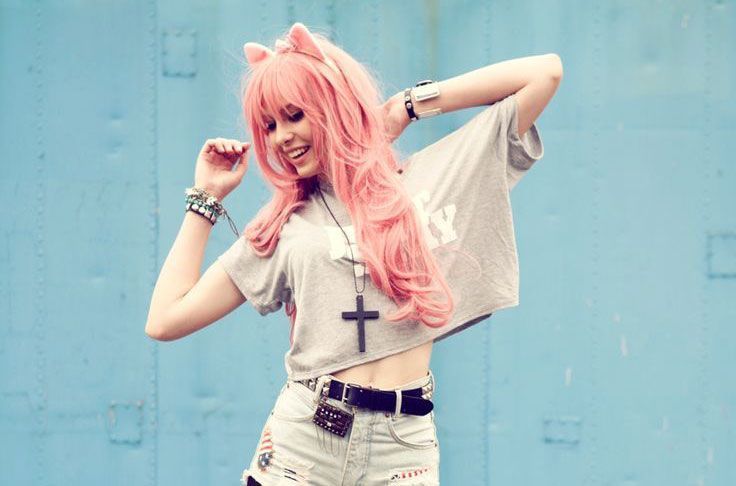